"I can’t even count the number of articles and blog posts I’ve seen asserting that markets can’t work in health care. Or that they work very imperfectly. Or that they suffer from serious “market failure.” In every case, the writer just assumes that government can remedy these problems.

Yet when Gerry Musgrave and I wrote Patient Power, we concluded that our most serious health care problems stem from bad government policies, rather than from markets failing to work. In other words, “government failure” not “market failure” is the source of most of what is going wrong.

Why is our perspective so different from so many other health policy analysts? I think the answer is: the vast majority of people in health policy do not understand the concept of “government failure.” For example, health economist Austin Frakt, following Nobel Laureate Joe Stiglitz, produced a list of “market failures” in health care and in health insurance at his blog the other day. These include imperfect competition, unequal access to information, external costs and benefits for others generated by private activities, etc. He then offered this observation:

In principle, government intervention can increase that benefit (economic welfare) in such cases. In practice and in some cases, it’s debatable.

How does Austin know that government “in principle” can solve these problems without a model of government decision making? He can’t. Moreover, it turns out that many of the factors alleged to cause “market failure” also contribute to “government failure.” In fact, in the political sphere their impact is much worse. Here is the bottom line: There is no model of government decision making in health care (and in most other areas as well) that shows that government will reliably improve upon the market. (At least a real market.)"

"At the annual Fed conference at Jackson Hole, Wyoming in August, Fed Chairman Ben Bernanke explained that he was considering a new round of quantitative easing (dubbed QE2), in which the Fed would buy a substantial volume of long-term Treasury bonds, thereby inducing bondholders to shift their wealth into equities. The resulting rise in equity prices would increase household wealth, providing a boost to consumer spending.

None of this appears to augur well for 2011. There is no reason to expect the stock market to keep rising at the rapid pace of 2010. Quantitative easing is scheduled to end in June 2011, and the Fed is not expected to continue its massive purchases of Treasury bonds after that." 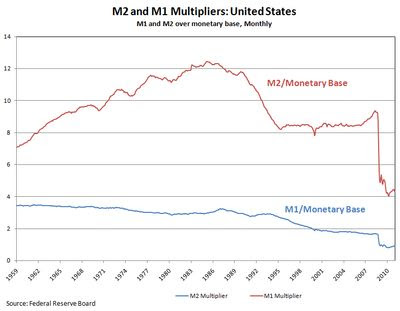 "If the United States unwisely floods the world with dollars, driving down the international value of the dollar, countries with flexible exchange rates would see the value of their currencies rise—making food grains and oils denominated in dollars more affordable, not less. The only way inflation gets exported to these other countries is if they attempt to maintain the values of their currencies below the levels that markets would otherwise take them. That inflation is purely homegrown."

"First, economic theory—by focusing on market failures linked with incomplete systems of property rights—has made major contributions to our understanding of commons problems and the development of prudent public policies. Second, as our understanding of the commons has become more complex, the design of economic policy instruments has become more sophisticated, enabling policy makers to address problems that are characterized by uncertainty, spatial and temporal heterogeneity, and long duration. Third, government policies that have not accounted for economic responses have been excessively costly, often ineffective, and sometimes counterproductive."

"The darkly ironic side of all this, of course, is that administrative command-and-control solutions like detailed EPA emissions rules are definitely more expensive than cap-and-trade or carbon taxes would be. If anything, when the public votes for EPA regulation rather than cap-and-trade, that's when it's imposing a tax on itself. Fifty years after Coase and 90 after Pigou, the economists are pretty sure they've finally got the solution for fixing commons problems without diminishing social value, only to have the public reject it because they think that's the tax. If the tragedy of the commons is "Romeo and Juliet", the rejection of Coasian cap-and-trade solutions to commons problems is " Blood Simple": a hilariously bitter demonstration of the human capacity for selfish stupidity that ends with the only guy who's figured it all out getting shot through a door by the wrong person for the wrong reasons."

“If the growth rates of employment and output begin to accelerate or if inflation or inflation expectations begin to rise, then it may be time to begin taking our foot off the accelerator”

“It is likely that much of the rise in global commodity prices is driven by increased global demand... a rise in commodity or other input prices does not directly cause more general sustained inflation... if a country’s monetary policy remains very accommodative, it will ultimately permit the prices of other goods and services to rise along with commodity prices, resulting in higher inflation rates.”

"British sociologist Mike Savage makes a passing remark in a recent book that puts a twist on the question of whether money makes the man. “Precisely because money is impersonal,” he writes, “it is possible for people to be differentiated on the basis of how much money they have without this being deemed to undermine their individual, human qualities” (p. 224). Other distinctions between people, Savage says, impugn a person’s character or morality, but money is impersonal. He quotes a working-class Brit who says, perhaps defensively, “There’s no difference between me and Lord Clare; he’s got the money and I haven’t. . . . Even a roadsweeper’s equal to me; I earn twice as much as he does, but it doesn’t make much difference to me, he’s my equal.”

From this perspective, distinctions of money can, odd as it may seem, be democratic and even egalitarian. Each person is, in his or her essence, as good, has the same claim to respect, is as valued as much as anyone else. The money you have, by this logic, is as incidental as the color of shirt you wear for determining your moral worth. Distinctions of character — being honest, hard-working, family-loving, reverent, and so on — and not money determine how much respect one gets. In that way, Savage’s interviewee could say he felt equal to a lord; any differences were only about money.

By this logic, the Americans who foreigners thought were so money-oriented were more egalitarian than the visitors with their gentleman and gentlelady airs.

This moral rehabilitation of money brings us to the work of sociologist Viviana Zelizer. In a couple of her books (such as this and that), Zelizer examines how contemporary Americans cope with the “taint” of money, their feeling that it soils what it touches. Most Americans feel, for example, that gifts should be personalized things, not crude cash (while in other cultures, newly-weds, for instance, expect to get showered with crisp bills). Americans try to camouflage cash exchanges in various ways — in gifts that can be returned, in “earmarking” (this bank account is for Susie’s college; that account is for Christmas presents), or if need be, with checks placed in tasteful gift cards. In the end, Zelizer writes, “across a wide range of intimate relations, people manage to integrate monetary transfers into larger webs of mutual obligations without destroying the social ties involved. Money cohabits regularly with intimacy, and even sustains it.”

What appears to have changed historically is the growing distaste for open cash or crude materialism. It seems that, as Americans became more affluent over the last two centuries, as the middle class expanded, and as bourgeois sentimentality developed (see this earlier post), Americans became more uncomfortable with naked money, especially with mixing cold cash and warm relations. Confounding friendship and business, for example, was increasingly thought impolite. Some scholars have written about a “post-materialist” sensibility. As people became wealthier over several generations, they shifted their focus to “higher” things, like environmentalism, self-expression, and nurturing relationships. (One need not admire money, in seems, if one has lots of it to spare.)"

Colonel Qaddafi, whose whereabouts have been unknown, appeared for about 30 seconds on state television at 2 a.m. on Tuesday to signal his defiance and deny rumors he had left the country. “I want to show that I’m in Tripoli and not in Venezuela,” he said.

"The meager professional rewards for breadth, coupled with the inaccuracy and reputational risk associated with forecasting, leads to disengagement for most academics. And it may well be that academic economists have little to say about short-term economic movements, so that forecasting, with all its errors, is best left to professional forecasters.

The danger, though, is that disengagement from short-term developments leads academic economists to ignore medium-term trends that they can address. If so, the true reason why academics missed the crisis could be far more mundane than inadequate models, ideological blindness, or corruption and thus far more worrisome; many simply were not paying attention!"
Postado por Ronald Hillbrecht às 6.2.11 0 comentários 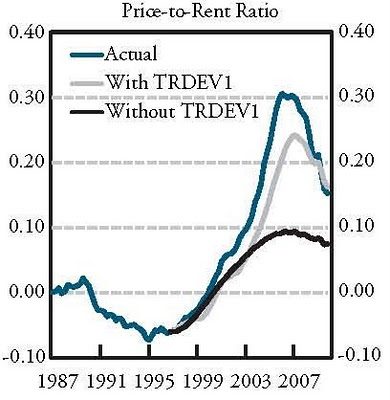 "In my view, the rate of inflation and the level of GDP last year justified an interest rate near zero, but not QE2. The Atlanta Fed macroblog post argues that QE2 was effective. But any connection between QE2 and its purported effects is tenuous when long-term Treasury securities, which the Fed has been purchasing, have declined in price, gone in the wrong direction."

A Volta do Dragão