By the way, I hate the term "competitiveness." One of the main goals of an economics course should be to teach the difference between comparative advantage and absolute advantage. One key result is that there is always comparative advantage, and hence no such thing as the absence of competitiveness. No government fix is required, because nothing is broken.
Postado por Ronald Hillbrecht às 31.1.11 0 comentários

"It's been three years since the financial crisis flared up and the recession began. Yet the unemployment rate is still over 9%—double what it was before the recession—and it's been stuck above 9% for 20 consecutive months. Why the extraordinarily high and prolonged unemployment? My research shows that discretionary government interventions—deviations from sound economic principles and policies—have been largely responsible."

"They should start by laying out a credible plan to reduce spending and stop the debt explosion. If spending as a share of GDP can be brought to 2000 levels and held there with entitlement reforms, then the budget can be balanced without employment-retarding tax-rate increases. A concrete goal should be to establish a long-term budget that the Congressional Budget Office (CBO) can credibly show would bring the debt-to-GDP ratio to 40%. If the plan is ready for this summer's CBO long-term projections, it will give an immediate boost to economic growth and job creation as uncertainty about debt sustainability falls. An example of what the CBO's next projection might look like is shown in the nearby chart of U.S. debt history along with the CBO's projections made in 2009, 2010 and, if the plan is ready, in 2011.

Meanwhile, the Fed should lay out a plan for reducing its extraordinarily large balance sheet. To achieve a more predictable rules-based policy going forward, the Fed's objectives should be clarified. The Federal Reserve Act now says the Fed must "promote effectively the goals of maximum employment, stable prices, and moderate long-term interest rates." But too many goals blur responsibility and accountability and they allow for confusing changes in emphasis from one goal to another."

"...the ethical views of economists—respect for individual choice and preference, support for voluntary trade, and equality of treatment—are all ethical views with considerable grounding and support in a wide variety of ethical and religious traditions.

Perhaps you have heard that Thomas Carlyle, the Victorian-era writer, called economics the “dismal science.” What you may not know is that Carlyle was a defender of slavery and he was attacking the ethical views of economics. Economists like John Stuart Mill thought that all people were able to make rational choices, that trade not coercion was the best route to wealth, and that everyone should be counted equally, regardless of race. As a result, Mill and the laissez-faire economists of the nineteeth century opposed slavery, believing that everyone was entitled to liberty. It was these ethical views that Carlyle found dismal. We beg to differ."

In the last century, Milton Friedman offered “freedom is a rare and delicate flower” and “a society that puts equality — in the sense of equality of outcome — ahead of freedom will end up with neither equality nor freedom.”

Economists, like Friedman, often made the case that freedom had instrumental value — it achieved other aims, including equality and prosperity. But no one should doubt that Friedman and Mill and Smith saw freedom as a fundamental good, a thing to be valued for itself. That is, after all, how freedom is treated at the very heart of economic theory.

The belief in freedom does, however, create a predilection for human interaction and trade. As Friedman wrote, “The most important single central fact about a free market is that no exchange takes place unless both parties benefit.” For many economists, defending free trade isn’t just about gross domestic product; it’s fighting for core values of freedom and human interdependence.

As Smith said, “To give the monopoly of the home market to the produce of domestic industry, in any particular art or manufacture, is in some measure to direct private people in what manner they ought to employ their capitals, and must, in almost all cases, be either a useless or a hurtful regulation.”

"The competitive metaphor -- the image of countries competing with each other in world markets in the same way that corporations do -- derives much of its attractiveness from its seeming comprehensibility. Tell a group of businessmen that a country is like a corporation writ large, and you give them the comfort of feeling that they already understand the basics. Try to tell them about economic concepts like comparative advantage, and you are asking them to learn something new. It should not be surprising if many prefer a doctrine that offers the gain of apparent sophistication without the pain of hard thinking. The rhetoric of competitiveness has become so wide-spread, however, for three deeper reasons.

First, competitive images are exciting, and thrills sell tickets. The subtitle of Lester Thurow's huge best-seller, Head to Head, is "The Coming Economic Battle among Japan, Europe, and America"; the jacket proclaims that "the decisive war of the century has begun . . . and America may already have decided to lose." Suppose that the subtitle had described the real situation: "The coming struggle in which each big economy will succeed or fail based on its own efforts, pretty much independently of how well the others do." Would Thurow have sold a tenth as many books?

Second, the idea that U.S. economic difficulties hinge crucially on our failures in international competition somewhat paradoxically makes those difficulties seem easier to solve. The productivity of the average American worker is determined by a complex array of factors, most of them unreachable by any likely government policy. So if you accept the reality that our "competitive" problem is really a domestic productivity problem pure and simple, you are unlikely to be optimistic about any dramatic turnaround. But if you can convince yourself that the problem is really one of failures in international competition that -- imports are pushing workers out of high-wage jobs, or subsidized foreign competition is driving the United States out of the high value-added sectors -- then the answers to economic malaise may seem to you to involve simple things like subsidizing high technology and being tough on Japan.

Finally, many of the world's leaders have found the competitive metaphor extremely useful as a political device. The rhetoric of competitiveness turns out to provide a good way either to justify hard choices or to avoid them.

...Perhaps the most serious risk from the obsession with competitiveness, however, is its subtle indirect effect on the quality of economic discussion and policymaking. If top government officials are strongly committed to a particular economic doctrine, their commitment inevitably sets the tone for policy-making on all issues, even those which may seem to have nothing to do with that doctrine. And if an economic doctrine is flatly, completely and demonstrably wrong, the insistence that discussion adhere to that doctrine inevitably blurs the focus and diminishes the quality of policy discussion across a broad range of issues, including some that are very far from trade policy per se." 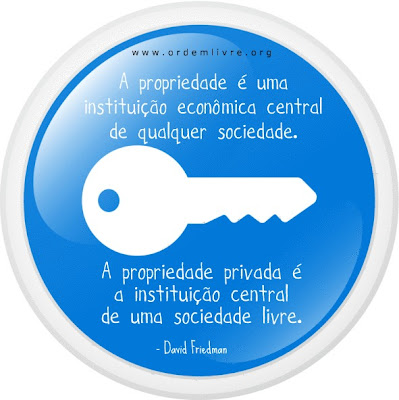 This paper extends the model in Kiyotaki and Moore (2008) to include nominal
wage and price frictions and explicitly incorporates the zero bound on the short-term
nominal interest rate. We subject this model to a shock which arguably captures the
2008 US financial crisis. Within this framework we ask: Once interest rate cuts are
no longer feasible due to the zero bound, what are the effects of non-standard open
market operations in which the government exchanges liquid government liabilities
for illiquid private assets? We find that the effect of this non-standard monetary
policy can be large at zero nominal interest rates. We show model simulations in
which these policy interventions prevented a repeat of the Great Depression in 2008-
2009.
Postado por Ronald Hillbrecht às 7.1.11 0 comentários 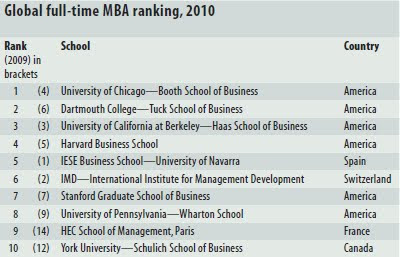 I believe that QE is a move in the right direction. However, as I have discussed on earlier occasions, I also think there are good reasons to suspect that the ultimate effects of any amount of QE are likely to be relatively modest. That’s why I would have greatly preferred for the committee to have been able to cut its target rate rather than using QE. The problem is that its target rate is already essentially at zero, and so it was not possible to cut the target rate any further.

Given this constraint on monetary policy, I believe it is important to ask if it is possible to synthesize the effects of a one-year interest rate cut of, say, 100 basis points using fiscal policy tools. In his current and past work, Minneapolis Fed staff researcher Juan Pablo Nicolini and his co-authors have answered this question in the affirmative.Their key insight is that there is a broad equivalence between monetary and fiscal policy. They argue that the essence of an FOMC interest rate cut is that it makes current consumption cheaper relative to future consumption. With that in mind, the fiscal authorities can use the time path of consumption taxes to accomplish this same change in relative prices.

Universities have the resources to develop ethical guidelines and the power to enforce them. They are the employers of academic economists, and ethical lapses damage them, too. They are the natural institutional guardians of their employees’ professional behavior.